Google has always made a practice of acknowledging classic film in its popular doodle art, but lately, it seems like there have been many more cinematic tributes. And I love it!

This week's Sergei Einstein sketch amusingly made the filmmaker into a dashing cutie. Here's the real deal: 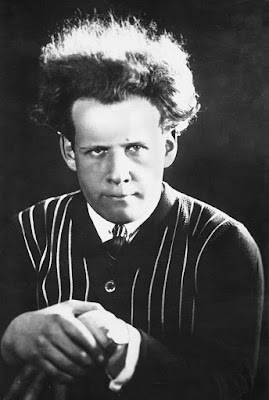 I guess he's still a cutie. In his way. In any case, it was great to see the master of montage get some attention. The doodle featured images from his films. You can get a closer look at the frames chosen in this GIF:

As there have been so many classic film tributes lately, I got to thinking about the doodles I have loved in the past and I did a search to find more images. Here are some of my favorites:

Actress Katy Jurado. Wonderful to see a Mexican actress in the spotlight.

Actress Marlene Dietrich. This evocative image was created by RuPaul Drag Race winner Sasha Velour, who dressed as the icon on the show. 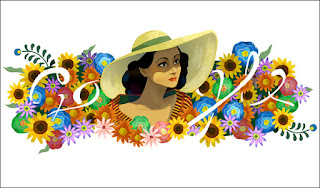 Cinematographer James Wong Howe. Though he worked most of his life in Hollywood, for some reason this doodle did not appear on the USA Google page. This of course did not stop classic film fans in the States from finding it. 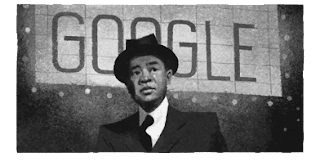 Actress/Director/Mogul Mary Pickford. I love that this doodle shows America's (Canadian) Sweetheart with a camera, acknowledging her varied contributions to film.

Actress/Inventor Hedy Lamarr. The multi-talented star got a one minute montage for her doodle and it is lovely.

Designer Saul Bass. It is appropriate that this legendary title designer also got his own montage. It would be impossible to pick one image to represent him.

Costume Designer Edith Head. I didn't get a lot done the morning this one came out. A couple of those costumes stumped me and I had to figure out the films she'd made them for and who wore them.

It's a lot of fun to look at the international film doodles as well.

Animated Filmmaker Lotte Reiniger. This tribute to the German animation pioneer is one of the most beautiful.


Playback Singer Mo Raffi. How is there not one for the first lady of playback singing Lata Mangeshkar though? 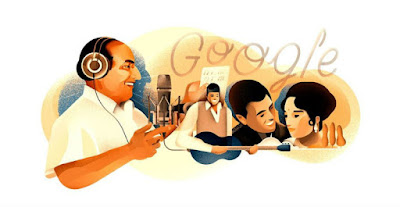 Special Effects Director Eiji Tsuburaya. At over three minutes, this has to be one of the longest doodle tributes, but there is a lot to cover.

Director Satyajit Ray. This is an especially lovely tribute. Gorgeous enough to hang on a wall.

Director François Truffaut. This image captures the spirit of the French filmmaker perfectly. 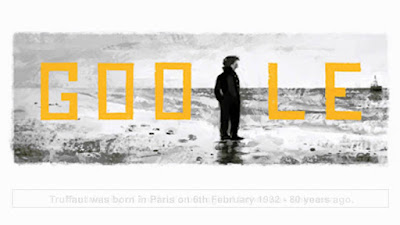 While I love the diversity of the Google Doodles, it would be great to see more actors of color represented. I'm thinking Paul Robeson, Hattie McDaniel, Lena Horne, Anna May Wong, and Toshiro Mifune to start. How about some female directors as well? Dorothy Arzner, Ida Lupino, and Lois Weber would all be great doodles.

There are so many other great Google Doodle film tributes. Do you have a favorite I haven't included here? Tell me about it!