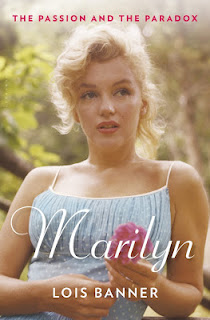 Marilyn: The Passion and the Paradox
Lois Banner
Bloomsbury, 2012

We've lived with the legend of Marilyn Monroe much longer than she was physically with us. Her hold on pop culture has been so powerful that it some ways, it feels like she is more alive as an icon that she ever was as a woman. There have been so many books written about her and theories made about her life that it is often difficult to know what to believe. Who was this woman who continues to fascinate us fifty years after her death? In Marilyn: The Passion and the Paradox, Lois Banner examines the fine details of Monroe's life, looking for truth and attempting to understand this complex woman.

Marilyn tells Monroe's story from birth to death and beyond with a fresh, detailed approach. Banner has combined the best she could find of existing research and done her own detective work to fill out Monroe's story. She digs deep to find answers about the mysteries of her life, from her complicated childhood to her abrupt death, which Banner does not believe to be a suicide.

The biggest revelation for me in Marilyn was that she was not as alone as I'd thought. I've always seen her as an abandoned child with no one to care for her, then a starlet struggling on her own in Hollywood and finally, a lonely woman dying in bed. I'm sure part of this misconception is that I bought the tale Monroe told the media, where she liked to cast herself as the forlorn orphan. 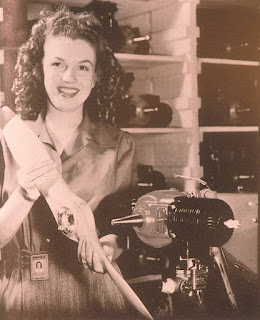 Marilyn might have been lonely at times, but she was never truly alone. The real tragedy of her childhood was that she did not have a consistent home. She did have people who cared for her though, from her mother's best friend Grace Goddard to two doting foster mothers Ida Bolender and Ana Lower. These women gave her guidance, support and helped her to develop a moral framework for her life. This offset the frequent absences of her mentally unstable mother Gladys, for whom Marilyn would later take financial responsibility, though the maternal bond was never strong.

As she became increasingly famous, Monroe gathered a collection of friends from all walks of life. She picked up families where she could, from the clans of her boyfriends to the famous Strasbergs of the Actor's Studio.

Though Marilyn was an advocate for free love (Banner thinks she would have appreciated the hippy movement of the 60s) and sexually promiscuous, she also had several platonic male friends. She loved intellectuals, but her strongest relationships were with those who stayed loyal to her, from her sympathetic personal masseuse to the almost fatherly Joe Di Maggio who alternately protected and menaced Monroe. She eventually collected so many friends that she couldn't keep up with all of them, much to the annoyance of former co-star Jane Russell, with whom she'd made a connection on the set of Gentlemen Prefer Blondes (1953).

Monroe and Russell had spent much of their time off camera discussing poetry and spirituality. I've always admired Marilyn's wit and her desire to educate herself, but I didn't realize how devoted she was to her intellectual life. Banner describes her large library and how she enjoyed reciting her favorite poems. Monroe was also a Christian Scientist for a time, due primarily to the influence of Low, and she enjoyed talking about spirituality.

The darker passages of Marilyn often revolve around the way Monroe was mistreated by powerful men, and particularly Darryl Zanuck and Twentieth-Century Fox. Marilyn slept with a lot of men on her way to the top, and while she was not the only star to fall prey to the casting couch, the abandon with which she approached sex earned the permanent disgust of studio executives. Even while she made a fortune for them, they looked upon her as a slut and she had to fight for herself as if she hadn't made it to the top.

Monroe would have similar difficulties with second husband Joe Di Maggio, who didn't seem to realize he'd married a sex symbol, though he later acknowledged his abusive behavior and changed his ways. There were also reportedly sex parties with powerful Hollywood players and studio-arranged dates with powerful businessmen that were essentially prostitution. These assignations led to a reported twelve abortions.

Marilyn was also tormented by painful endometrioses and the fear that she would become mentally unhinged like her mother. Eventually, she would become addicted to several kinds of prescription pills, which she would take in increasing amounts so that she could sleep, wake up or simply make it through the day. She would sometimes show up to the set in a fog.

Banner approaches these issues and the events of Marilyn's life in a variety of ways. She is primarily an investigative reporter, digging through archives of unpublished material and interviewing subjects who rarely, if ever, receive the attention of Monroe biographers. She is wisely skeptical, and the caution she takes to get the details right did much to inspire my trust. Banner also makes her own speculations about Monroe's reasons for her behavior. While I appreciated her insight, I found these passages to be weaker. Her lengthy explanations of the history Christian Science and other key elements of Monroe's life and philosophies were interesting, but had an unnecessary level of detail which I felt distracted from Marilyn's story. 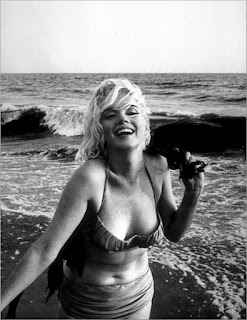 Since Monroe has always had a remarkable relationship with the camera, I particularly liked a chapter in which Banner analyzed a collection of her photographs. This was a brilliant way to draw out some of Marilyn's complexities. These shots are included in the book in color, something I've never seen in a biography, and which I appreciated given the attention they received in the text.

Overall, this is an astonishingly complex work. It provides an unusually diverse portrait of Marilyn as a curious, social and intelligent woman, often beaten by life, but who persisted in her quest for love, respect and professional satisfaction. Beneath that glamorous shell was a woman far more interesting than the gloss of her legend. I'm glad Banner introduced her to us.

Thank you to Bloomsbury for providing a copy of the book for review.