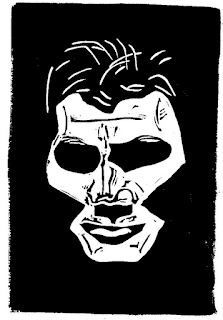 I’ve been enjoying browsing the blog of Loren Cantor, an LA-based woodcutter and writer. He’s done lots of classic movie-inspired pieces. This anecdote about Jack Palance, with whom he once worked, is especially interesting— Woodcutting Fool

I’m delighted that Tom has found this video of Dolores Hart at the Oscars. I was so disappointed that she was not interviewed for the ABC coverage— Motion Picture Gems

85 films that inspired Martin Scrosese. This is an amazing list— Fast Company

Check out the marquee for this Dietrich film. Gorgeous!— Daily Mail

Kim Morgan’s tribute to Davy Jones pretty much captures how I feel about him and his untimely passing. It’s always tough to see the idols of your childhood go. That said, it’s been wonderful to see how well-loved Jones is. It doesn’t seem like he ever faded away— Sunset Gun

I also wanted to share a favorite scene from Head (1968), the movie which demonstrates in so many ways why The Monkees were more fascinating than your typical manufactured band (I still can’t believe Victor Mature was in this—love it):

Are you interested in being a guest linker for Classic Movies in April? Drop me a line at classicmovieblog (at) gmail.com and tell me about yourself. You do not need to be a writer or have a blog to participate!
Posted by KC