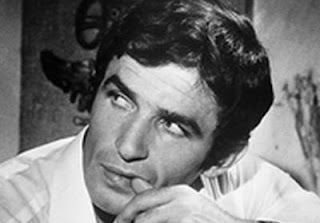 I watched The Adventurers (1969) a couple of nights ago, and I thought it was horrible, if a bit entertainingly bad. Then I found out yesterday that the star of the movie, the ethnic Albanian Bekim Fehmiu, reportedly committed suicide in his Belgrade apartment one week ago. He was 74 years old. I learned that he was an honored actor in the former Yugoslavia, with a successful, award-winning career. I’m sad that he died in such a way, but I’m grateful to have expanded my view of his work and life beyond this bloated epic that ended his career prospects in Hollywood. RIP Bekim.— Balkan Insight

A bit of pre-code madness: Kay Francis and Lilyan Tashman in Girls on the Town (1931)— Screen Snapshots

This is a lovely tribute to Jane Russell.— Movietone News

A link to more links: check out the Classic Chops at the LAMB— The LAMB

Well I'm out for a few days. Yes, sometimes Classic Links does take a vacation! See you on Monday. . .
Posted by KC